It’s not uncommon for me to send patients for an overnight sleep study. Not all sleep problems can be diagnosed at a doctor’s office. For some sleep conditions, it’s necessary to observe and measure a patient actually sleeping.

Nobody relishes the idea of going to a sleep center for a night. When I order a sleep study for a patient, it’s because I know it is a necessary step in arriving at the right diagnosis and treatment. Sleep studies aren’t the right way to assess every sleep issue. But for some sleep conditions, these studies are critical to getting you the help you need for your nightly rest—which in turn affects your health, your mood, your relationships, and your performance.

Let’s take a look at the conditions that are diagnosed using sleep studies, and the symptoms to watch for.

What’s the purpose of a sleep study?

Sleep study measures the characteristics of your sleep and your body’s behavior during sleep. Sleep studies are used to:

It’s common for people to feel stressed and anxious about a sleep study, and to not sleep as well as they would at home. That’s nothing to worry about. Sleeping less, and waking more often than you normally do, won’t affect the results of a sleep study.

Symptoms that prompt a sleep study

Sleep apnea is an interruption of normal breathing during sleep. Breath can become shallow (hypopnea) or briefly stopped altogether (apnea). Often, sleepers are not aware of these episodes of interrupted breathing. Symptoms of sleep apnea include:

Sleep apnea is most often treated with CPAP (continuous positive airway pressure). Mouthpieces worn at night and, in mild cases, lifestyle changes are also treatments for sleep apnea. This sleep disorder is important to diagnose: untreated, sleep apnea increases a person’s risk for cardiovascular disease and type 2 diabetes, as well as for accidents. More than 25 million adults in the United States suffer from sleep apnea.

• Trouble with focus and attention

Restless leg syndrome (RLS) involves uncomfortable sensations in lower limbs, accompanied by a powerful need to move one’s legs. These hallmark symptoms of restless leg syndrome happen most often in the latter part of the day and evening, typically when a person is sitting or lying down, relaxing or trying to sleep. The creeping, crawling sensations and urge to move the legs are also likely to occur when seated for long stretches of time. RLS can make falling asleep and staying asleep difficult and leads to sleep deprivation and to restless, poor quality sleep. Symptoms of RLS include:

• Feelings of creeping, tingling, crawling sensations in the lower legs, and less often in the arms, head, and chest. These feelings can be intense, and only relieved by moving limbs, but return when you become still again.

As much as 10 percent of the U.S. population may have RLS, according to estimates.

Narcolepsy is a sleep disorder that’s characterized by excessive daytime tiredness, often combined with sleep attacks that come on suddenly at any time of day. Narcolepsy is more common than many people realize: it’s estimated to affect about 1 out of every 2,000 Americans, or roughly 200,000 people in the U.S. Narcolepsy is significantly under-diagnosed: experts estimate that only 25 percent of people with narcolepsy know they have the sleep disorder.

Symptoms of narcolepsy include:

• Cataplexy: a sudden loss of muscle tone, which can result in sluggish speech, or feelings of weakness or buckling in muscles

• Sleep paralysis: when you wake but can’t move or speak

Whatever your sleep-related symptoms are, it’s important to talk with your doctor about them, so you can get the help you need—including, perhaps, a sleep test. 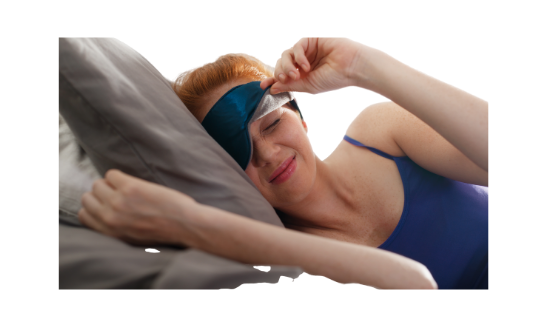